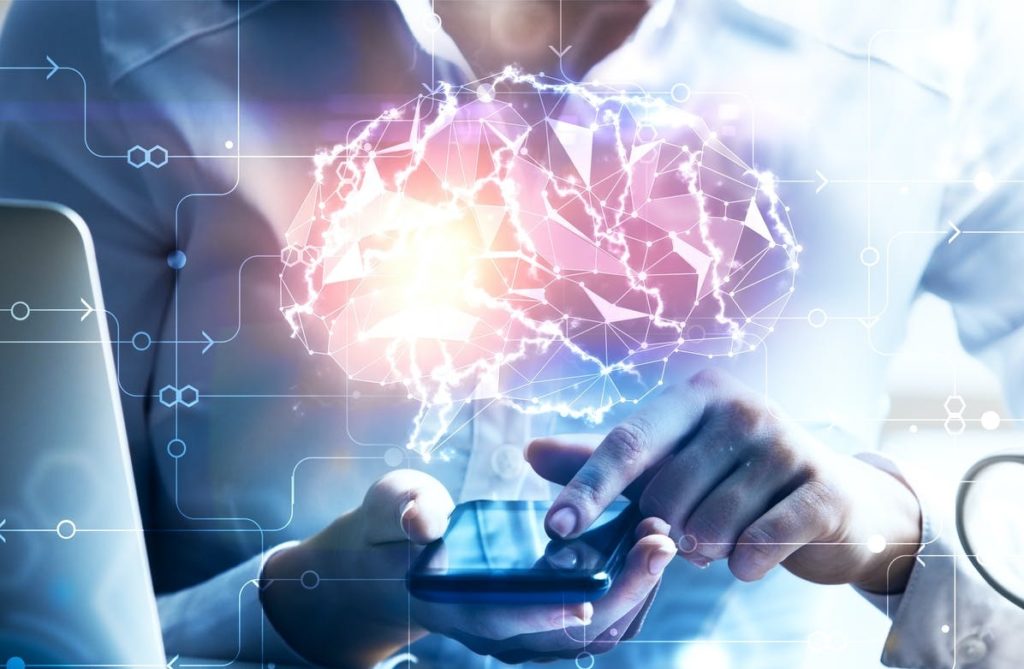 People are limited. Quite simply, our bodies and brains have their limits. The human  world and the society are thus adapted and actively created to fit these constrains.

For example: in most societies we pay for products in amounts that we can easily count in our heads. We use a system of short, repeatable and not random (because each has its own meaning) names and surnames instead of individual numbers. We use the language based on universal grammar, although  we could create new symbols for each meaning.

However , it does not prevent us from making calculations to send objects weighing more than  3,000 tons (such as the  Saturn V rocket) to the moon. We can  analyze data on people from all over the world. We can predict the weather, discover distant history and measure time down to nanoseconds.

Yet, research shows that the human cognitive system has hardly changed since the stone age (at least 280,000 years ago) This means that our ancestors had similar abilities in terms of memory, visual-motor skills, attention, perception etc. Conclusion ? We are the same. Our minds have been changed by culture and its achievements — science, language, tools and rules. 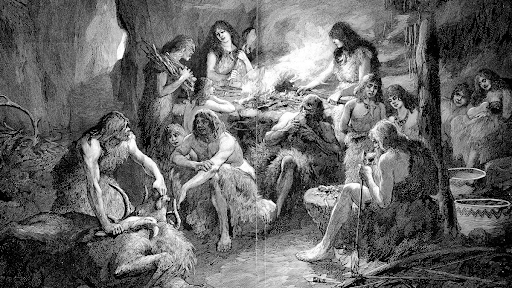 In 1998, two cognitive scientists  — Andy Clark and  David Chalmers wrote an article entitled „The Extended Mind”. They presented the hypothesis that the tools we use everyday should be treated as part of… our own brain.

The most basic example of extending the mind  is therefore the use of an ordinary piece of paper. We can make calculations on it that would be too demanding for our memory. We also use it as „ an external hard drive”. It will allow us to transfer some of our memories or knowledge there.

But isn’t that just another way to name the obvious phenomenon? Well, the authors of the concept believe it is not and  they present the heart of the matter  in a story of a pair of characters — Otto and  Inga.

Inga wants to go to the museum. She remembers the street where the museum is located — so she easily extracts the information from her memory and heads in that direction.

Otto also wants to go to the museum. In his case, however, the problem is progressive Alzheimer’s. Due to it, Otto does not remember  where he would actually  have to go to reach his destination. However, he has a diary with the name of the street, thanks to which he extracts the necessary information and goes to the exhibition.

Both Inga and Otto achieved their goal by working with some information recording system. For Inga it was a sector with long term memory in her brain, for  Otto his notebook. Both of  these systems are a part, extension of our characters. The loss of the notebook would be as severe as the damage to the part of the  brain responsible for memory. 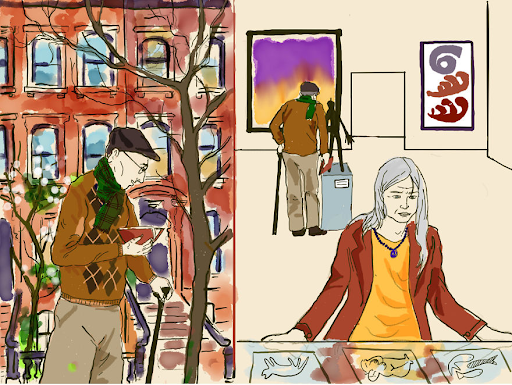 The authors of the concept describe, therefore, that for our cognitive system it does not matter where the information is. The only thing that matters is that it is usually available in one place and you know how to get it out.

Google as an omniscient notebook

Is it a coincidence that the article by  Chalmers and Clark was published just in the year when the largest mind-extender known to us today – the  Google tool was launched? After all what is it if not the omniscient version of Otto’s notebook? Additionally, if we look closely, we will see that  Google activities are becoming more and more like cognitive processes.

When we make a decision to perform an action, possible solutions automatically come to our minds. Let’s assume that like Inga and  Otto we want to commune with art. In order to get to the museum we need to find the shortest route in our head, remember whether the facility is still open, consider whether it is the hour when there are usually traffic jams etc.

It turns out  that all these decisions have already been made for us . Google algorithms have already developed a route for us, taking into account traffic jams, renovations, the chosen method of transport or museum opening hours. Thus, we are relieved of the obligation to perform these analyzes ourselves. Isn’t that an extension of our mind in its purest form? The only difference is that what would require our brain to combine many variables and make different decisions has been shown to us in the form of a simple message: Do this and it will be best.

Or maybe we are not even sure if we want to go to the museum? Well, we have nothing to be afraid of as Google tries to get to know its users very well. If we have doubts about how to spend our free time, based on our previous preferences, we will receive the best proposals tailored to our needs. For  now, we still have to choose the one that we want the most, but it is possible that soon Google algorithm will even do it for us. It is a bit as if it was sitting  in our head.

So what other ways do we have today to ease our mind? One of my favorite examples is the Photomath application – the heir to an ancient abacus and later a calculator.

Photomath reduces our effort to a minimum, giving us the result of any action. It is enough to scan its record with the camera. If we are more inquisitive, the application will also show us step by step how to solve the given problem. 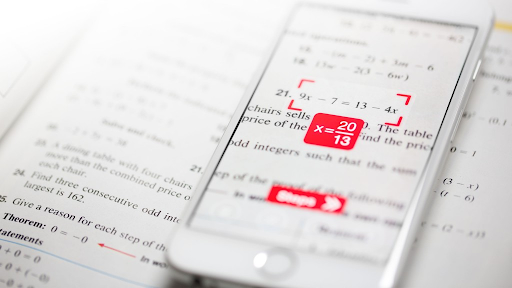 Another interesting examples are the applications for translating texts or having conversations in other languages. Microsoft translator and  Google translate mean that today we do not have to learn languages to have access to cultural resources or even ordinary conversation.

More? Here you are. Here is the  Be my eyes application that allows the blind to solve everyday problems with the help of other people. A blind person connects to a healthy person via a video chat. This person in turn helps her by describing what she sees in the camera. Thanks to this a blind person can find herself at the railway station or check the expiry date of a product. 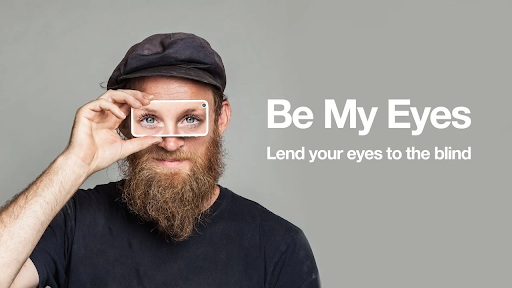 I have only provided examples of the application above. Technology is already very flexible now. One tool,  such as a smartphone, can be used for a virtually endless number of tasks. Hence – we do not have to wait for the possibility of placing implants or uploading software to our brain. It is enough for our small, handy element of the extended mind to receive the appropriate piece of code and provide the result of a given operation in an accessible form.

How will an extended mind change the way we learn?

The extended mind theory makes you think also about other issues. What should the path of educating people look like in a few/several/several dozen years? After all, the task of education is to provide information that is useful for an effective existence in society. So why do we need knowledge in all areas when we already have it in our mind – just not in the part that is made of nerve cells?

There may be voices that in the past information was also available to us – written in books and textbooks. This is true , although , there is a significant difference.

Well, we don’t always have books with us. We could only carry their knowledge with us after we had memorized it, so it cannot be said that they are a part of us. In the case of the smartphone on the other hand, we are as inseparable from it as the blind person and the cane. And there is no sign that this will change.

Soon completely different skills will become essential. The basis for performance will not be the acquisition of information. It will be the ability to judge it .  This is quite a drastic change in how many people perceive education. It will be necessary to decide which of the school skills actually influence our development and general intelligence. When such a reform takes place, it will be the biggest change since the introduction of the Prussian model of education. 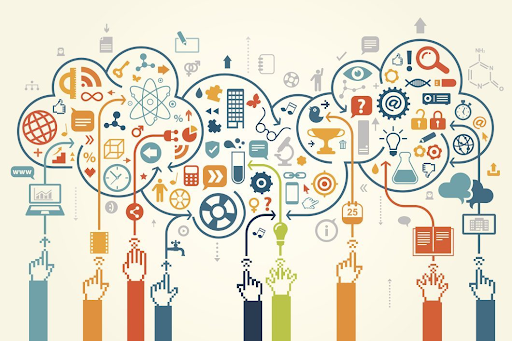 Additionally, there is a question of how and whether it is possible to introduce children to the world of technology safely from an early age. It will soon become a  second nature to them. There are already numerous studies pointing to the negative consequences of early contact with smartphones and tablets. It is possible that another issue worth taking up in schools would be teaching how to use technology responsibly.

In the meantime, we are left to observe the course of events.

The time of an extended mind is coming. Analyzing things is  retro.