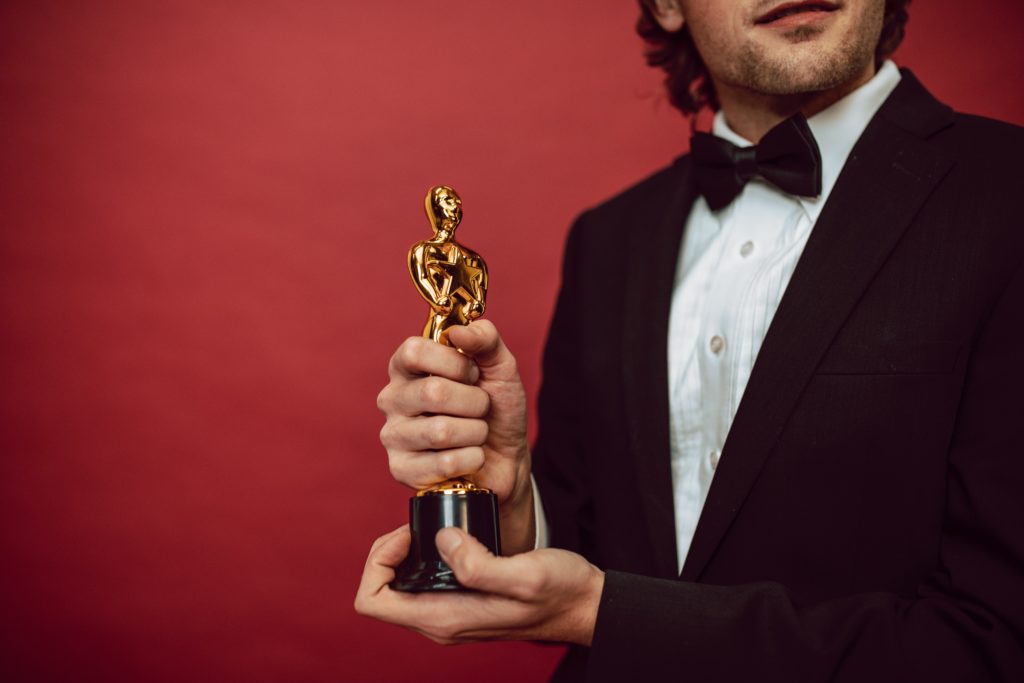 How to build a perennial seller?

Have you ever wondered why some works are considered great success and are known and bought even after decades? In every industry – publishing, film, restaurant, software development – certain products (works) can be described as “timeless”.

“How is it possible that the movie The Shawshank Redemption was unsuccessful  at the time of its release, but eventually grossed over $100 million and became a cult film?” – This is one of the questions the book carefully answers.

In Los Angeles, near the Staples Center,  there is the Original Pantry Cafe, open 24 hours a day, 7 days a week, 365 days a year. It has been operating this way since 1924, and its doors have not even been fitted with locks. 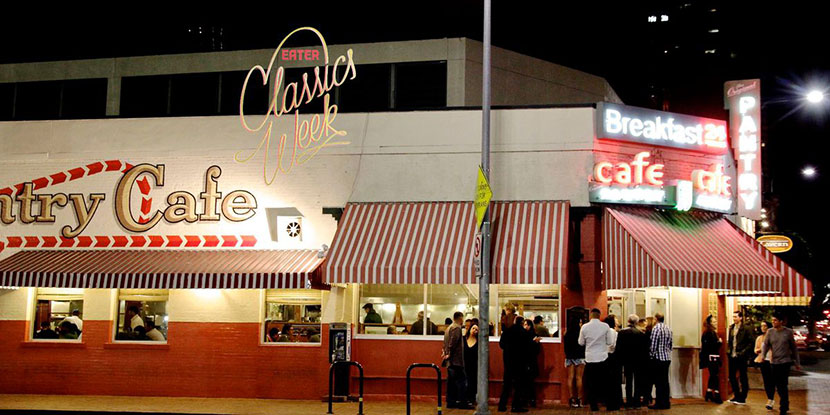 The greatest thing is that the owners of timeless classics not only do not go into oblivion, but, on the contrary, they strengthen their position with each passing day. As Nassim Taleb put it, “If a book is continuously being  reprinted for 40 years, I have the right to assume it will be in print for the next forty years. But – and this is a fundamental difference – if it survives another decade, it can be assumed that it will be resumed for another 50 years… Any year that does not turn out to be the last doubles its life expectancy.

I highly recommend this book to anyone who:

The first condition – a good product

Timelessness is never a coincidence. Luck can be important, but the durability of the work is primarily the result of the right decisions, priorities and, simply, the right product.

How to create the right product? A friend of the author of the book  once wrote on Twitter:

“You should spend 20 percent of your time creating content and the remaining 80 percent promoting it.”

It makes sense, but it is a fatal advice if your ambition is to create a timeless piece of work.

No marketing efforts will be meaningful if the product itself is not good. Paul Graham, legendary investor and founder of the Y Combinator accelerator for startups, said: “The best way to accelerate the growth rate of a new business is to create a product good enough for people to recommend it to their friends.”

How to build it? Having an idea is not enough. You will probably have to deal with many hesitations, dilemmas and other obstacles, and most of all – you will spend a lot of time on it. 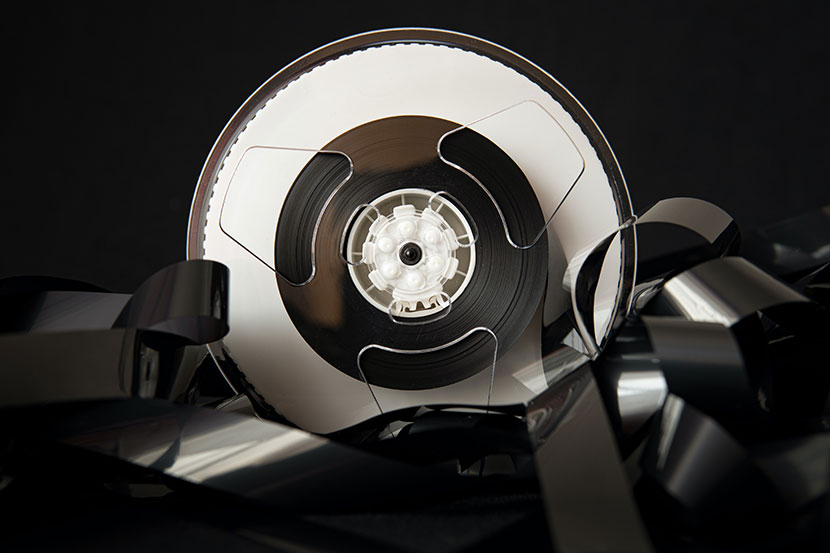 James Cameron wrote the script for Avatar in 1994. He planned to shoot it shortly after finishing work on the Titanic, but the film technology did not keep up with the author’s vision. He made many attempts, but they did not bring the expected results. He spent the next few years supporting the development of the technologies he needed. After that, he spent four years producing the film itself, which didn’t finally hit theaters until 2009.

In turn, the presidential library of John F. Kennedy has 47 alternative endings to “A Farewell to Arms” by Ernest Hemingway, and Hemingway himself admitted that he changed the initial part of the text 50 times.

The name of the well-known preparation WD-40 also did not come out of nowhere – it symbolizes the 40 approaches taken by its creators to finally develop the formula.

This advice is repeated even in the startup world, where new companies appear and disappear sometimes in just weeks. Peter Theil, the founder of PayPal and one of Facebook’s first investors, warned against ventures that did not allow any delay in launching the product on the market.

“If you focus above all else on growing as fast as possible, you will skip the most important question you should ask yourself: “»Will my business exist in ten years?«”. 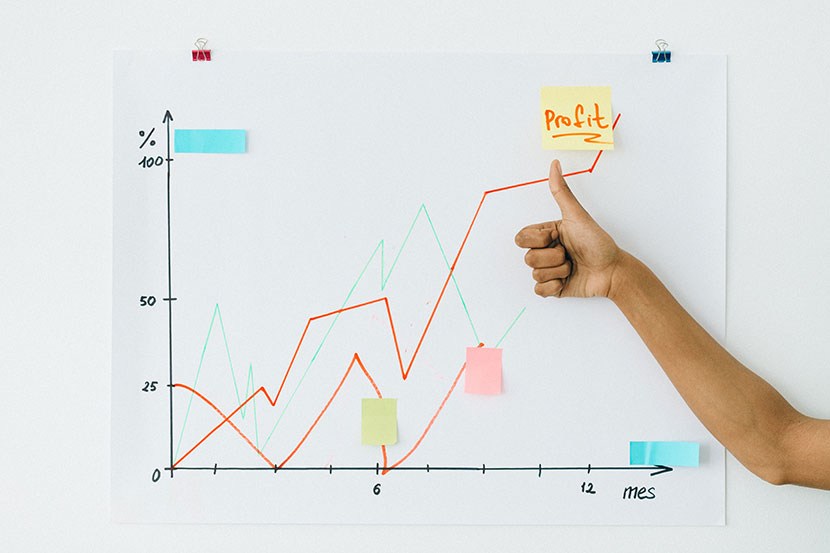 Many aspiring writers would like to have a best-selling book, but few are willing to make the effort to write it. Many young people would like to have a profitable company, but few will undertake to build it. It is a difficult, tedious and necessary process. And along the way, it is worth asking yourself and prospective customers / users questions to increase the likelihood of success – questions that the author describes in detail in the book.

Holiday is not, however, intended to reduce the beautiful, creative and artistic process of creation to a purely logical task. He does not say that creation should be replaced by cold business logic. On the contrary, all these considerations are meant to help us find completely new grounds for creation – to develop our creativity, which will actually find fertile ground. He asks, “What will they pay me for,” but not because he is an advocate of primitive commercialism. He does this mainly to help his  readers get out of their comfort zone until they are able to provide answers like: “For something new, unique and relevant” instead of “Something that anyone can give them, but they just need it.”

Even though hard work is the key to success, it is only the halfway point of your creative journey. The next step is to show the world why the product we have created is worth the attention of potential customers. Even the most pretentious and alienated artist will feel no satisfaction if no one sees his work. Nabokov, a writer well-known in the literary world, expressed it in the following words: “Literature is not only fun, but also business.” To survive in business, you need to earn money.

The author does not withdraw from the statement that most of the time should be devoted to creating a unique piece. However, marketing still remains a key stage in creating a timeless hit.

The author begins by recalling an old but important truth – no one cares about what you have created. People have their own business. They don’t wait with bated breath for you to release your product to the market. Your goal is to make people care.

How to do it? Marketing can be anything. Ben Horowitz, a well-known investor in many startup ventures, said: “There is no golden mean… No. And that is why we will be using a lot of the most ordinary techniques.” 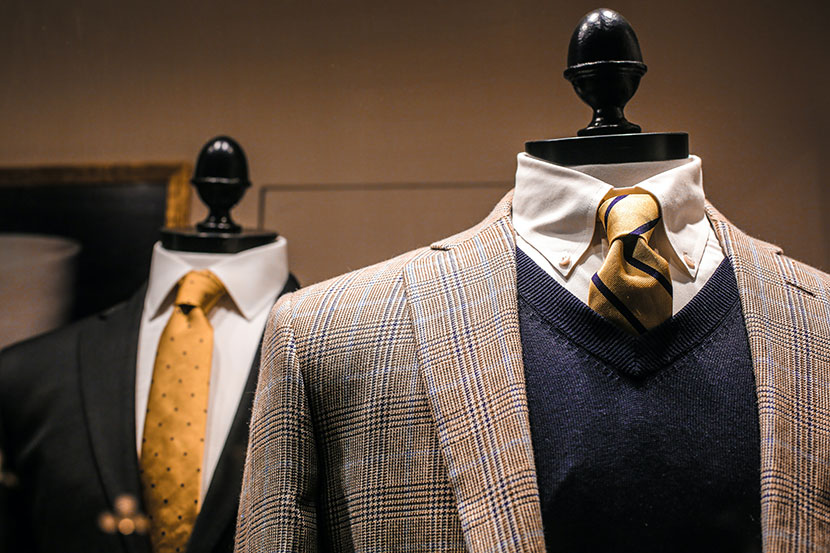 Bonobos, a chain store  selling high-quality men’s clothing, distributed the first pieces of trousers it sold literally “by hand”. The founder took a huge sack of trousers with him wherever he went. Friend’s wedding? A fitting. Barbecue in the garden. A fitting. If this strategy works, it is a worthwhile marketing effort.

Wayne Dryer, whose first book  sold six million copies, was handing out copies from the trunk of his car. Likewise, Jay-Z was selling CDs from his own car before being offered a recording contract. 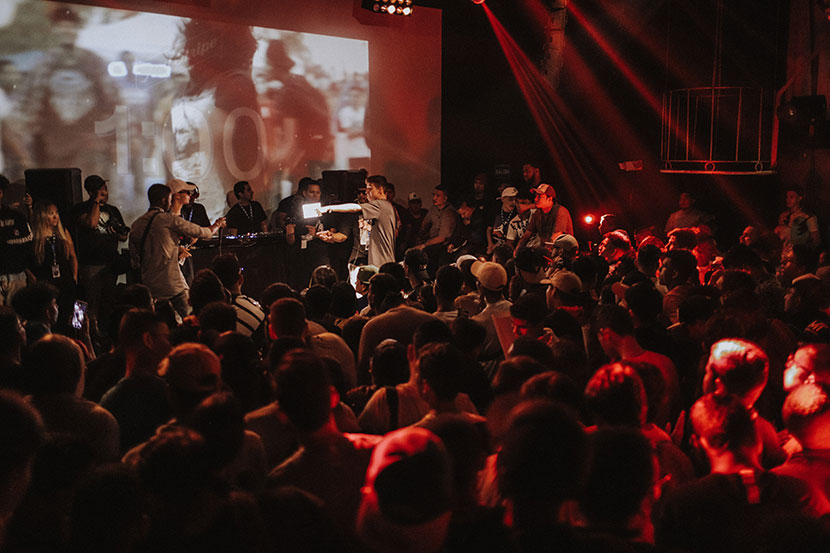 The author of the book aptly illustrates the marketing aspect of our creations, even on the exceptional case of the famous rapper – 50 Cent.

“Before 50 Cent became one of the biggest and highest paid rappers in the world, he was selling crack in the streets of so-called Jamaica in Queens (New York). One of the strategies that he used at the time was to pay his people for robberies on dealers working for the competition and then distribute the acquired goods as free samples to “customers” in the neighborhood. In this way, he managed to gain many customers and become the only dealer in the district. That way he won the market. Well, you might think this is unworthy and illegal behavior. And you’d be right. But if you put morality aside for a moment, you’d have to admit that it’s a pretty brilliant marketing and sales strategy.”

As you can see, Ryan Holiday sees the potential and positive aspects of marketing in the weirdest and most unexpected places.  He also shows the important role of competition in promoting the product, or rather coping with it. Continuing his statement, he neatly compares 50 Cent’s customers to those of well-known brands:

“Did you see the queues in front of the Apple store last week in connection with the launch of the next iPhone model? Or those queues in front of the multiplex one week before the premiere of the new episode of Star Wars? Or maybe the crowds in front of Niketown the day before the delivery of new shoes from the line signed by the basketball player LeBron James? These people aren’t just ordinary shopaholics or random fans. These people are simply addicted.”

It is worth asking yourself what initially led these people to buy these products. Was it an advertisement? Or maybe PR measures? Perhaps. However, most people have definitely succumbed to some kind of word of mouth marketing:

“How do you get to most of the things you like and buy (consume) on a regular basis? How did you discover your favorite book? […] It was rather, because of the  people you listen to, trust and respect. They persuaded you to make a given purchase.

We discover things thanks to recommendations and word of mouth marketing.

Your friend says, “Listen, you should try this out.” The person who is your mentor tells you about the book or movie that made an unforgettable impression on him. A man you don’t know is sitting next to you on the train and you ask him about the backpack he has with him. You learn what the brand is and how satisfied the man is with it.” 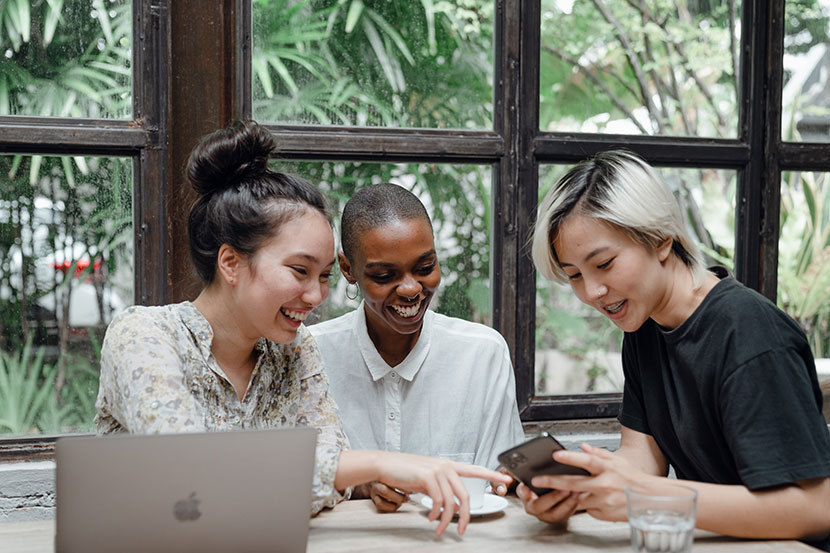 The third condition – a good platform

However, this is not the last stage of building a timeless hit. It is not enough to put it on the market. You still need to manage its career properly.

Iron Maiden has been breaking stereotypes and breaking trends for over forty years (the band was founded in 1975). It took them decades to get to where they are today. They have, among others, 2000 concerts in 59 countries, 5 albums in the first place in the rankings, over 200 million views on YouTube and over 90 million albums sold. When the group was already 26 years old, it continued to perform in front of 250,000 audiences in Rio de Janeiro. They sell their own beer, they  fly to concerts on board a Boeing 757, piloted by the group’s lead singer,  they create ten-minute songs on topics from science fiction novels and… they have almost never been broadcast on radio. Most of the world’s population probably doesn’t  even know that Iron Maiden still exists as a band – but the members of the group don’t care at all. They are only interested in the fans – and only them. They are the only people they communicate with – the people who make up their platform.

Over the years, the band has focused on building one thing – building a multi-generation army of loyal fans who will buy whatever the band proposes.

Thanks to this platform, the musicians have survived temporary fashions and technological revolutions, even though their music has never belonged to the mainstream.

The platform is not only a website on social media. They are your friends, your works, the community in which they exist, the media, influencers who appreciate what you do, your contact list, the trust you have built. 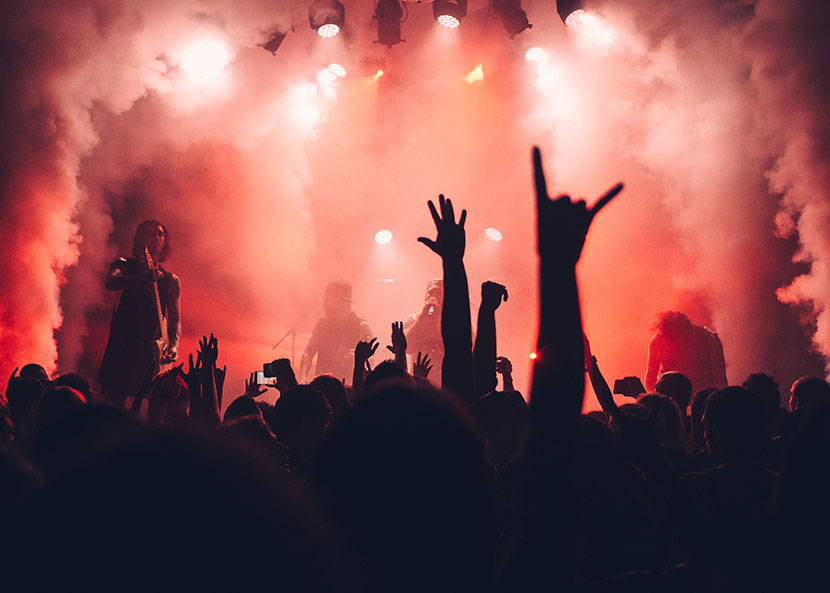 In summary, Holiday wonderfully shows the different paths we can take when creating and advertising our products or building a platform around them. There you will find a list of specific things (resources) that are worth taking care of during product development and specific actions that should be taken so that the product is happily handed over to the recipients.

Is building a timeless product difficult? Definitely. It takes courage, audacity, but also great humility. Steven Pressfield in his book The War of Art said,

“The false innovator is confident. Real one  – scared to death ”.

The fear comes from the fact that the creative process is as frightening as it is thrilling. You have to sacrifice a lot  to undertake it, and at the same time bear the risk that the final product will not be liked. It is worth respecting this feeling and using it to improve the product. 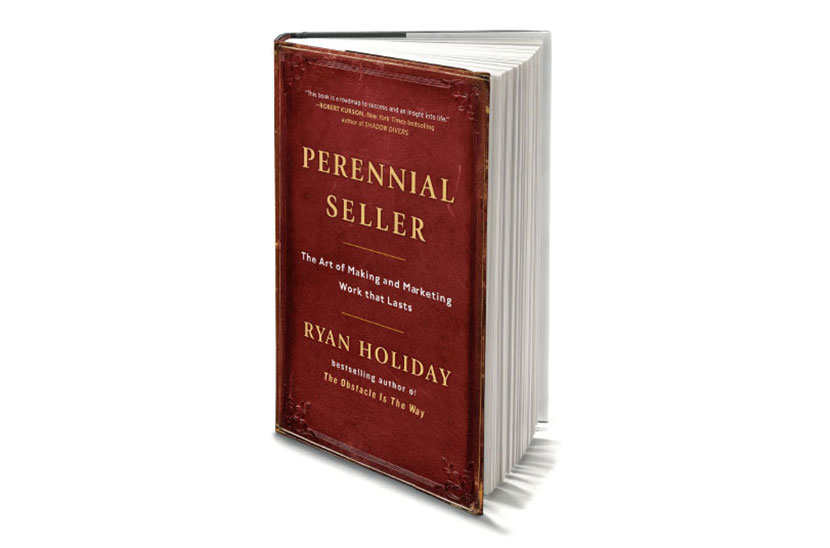