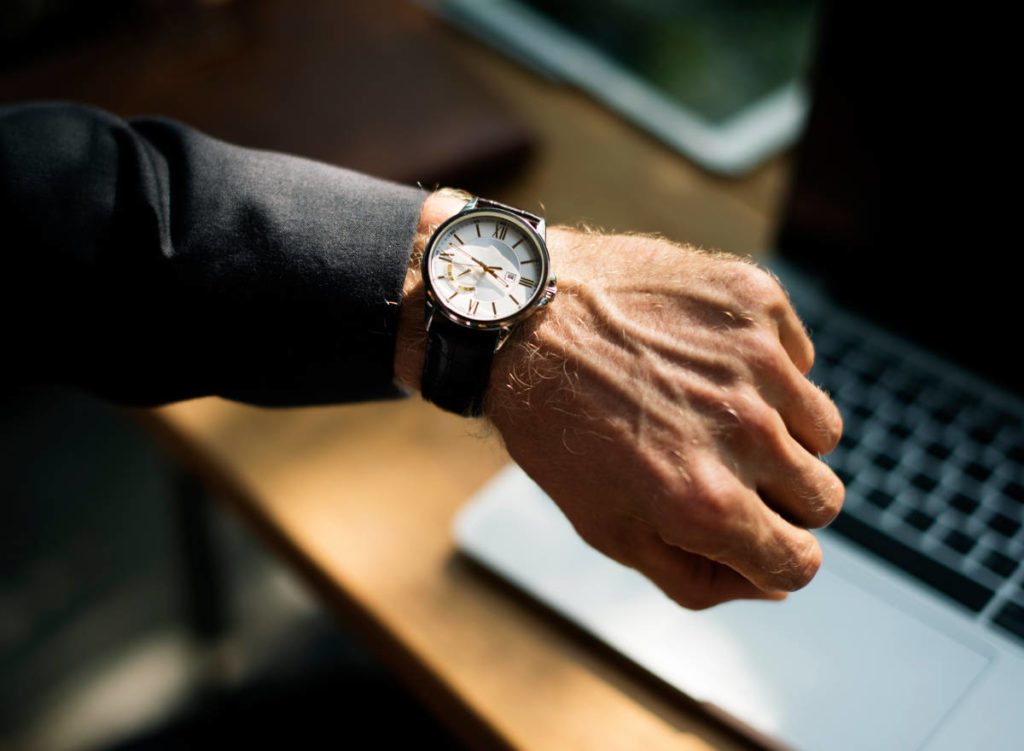 How to manage tasks efficiently – part one

Considering today’s pace of life, is it possible to feel more relaxed, have time for your hobbies, and complete more tasks with less effort? It seems especially difficult for people who run companies. Few of them really feel that what they are doing at the moment is exactly what they should be doing. When they finish their work, they think about uncompleted tasks, when writing an e-mail, they keep looking at those that keep coming in, during meetings, they finish some of their stuff on a computer. On one hand, we raise our life standard, but on the other hand we also raise the level of stress and the number of duties.

Another problem is the fact that we work on projects that seem not to have an end. Almost everything that we do can be done better – a conference can be organized more efficiently, an article that we have written can be more interesting, a conversation with our team can be more inspiring. Access to Google enables us to find the knowledge about how to do it. Only lack of time limits our activities.

But there is a method that enables us to complete all our tasks efficiently. It was created by David Allen and described in his book “Getting Things Done”. I will show you some of the most important rules that will allow you to focus on your tasks and complete them with the least effort in the shortest time possible. It will be the first entry – in the consecutive one, I will expand on the topic.

It’s true that that the ability to complete those tasks is in direct proportion to the ability to relax. Try to recall the moment (you have experienced it at least once for sure) when you were entirely concentrated on some activity to the point that you finished your work before you knew it. This is the so-called “flow”, when nothing can disturb you and the work just keeps going forward. The ability to reach such state is essential among professionals wanting to keep stability in life and achieve great results in their work.

The main difficulty in reaching that state are “open loops” – as they are described by David Allen. Those are the unfinished tasks that stay in our minds – the mail that has been waiting for a response for two days, the bank transfer that had to be done last week, the shopping list for this evening, the meeting at midday – everything that you keep thinking about. There is usually much more of it that than we would expect.

If there is a task you are thinking about at the moment, then you can make yourself feel better about it in two minutes. First, write down what it is – employing an assistant, choosing a place for a holiday, selling a car. Now write down the next action you need to take in order to push this thing forward. For example releasing a job offer, going to the travel agent’s or taking photos of the car. If you are just like the majority of people in the world, you’ve just experienced the feeling of controlling the situation, the relief that brings forth bigger motivation to work even though you haven’t done anything to push it forward. But you’ve made effort – you’ve thought what to do.

In most cases, we need to think what we should do with a project in the first place. When you come back home and see a bundle of dirty laundry, you know that you have to put them into the washing machine. And what do you do when you get an inheritance or when you get a commission to complete a new project for your company? The majority of people roll those things over because they can be overwhelming. They simply don’t know where to start. But they won’t just stop thinking about it – postponing them will only make it harder.

Welcome to the knowledge-based work. There are no specific tasks to perform – they need to be determined first. We have to think about our work before doing it.

This constant, unproductive preoccupation with all the things we have to do is the single largest consumer of time and energy.

Thinking about something that you aren’t going to take action on is just a waste of time and energy. We don’t realize how much it increases our level of stress, decreases motivation to start a project, magnifies difficulties.

It turns out that usually our problem isn’t lack of time but lack of clarity and not defining our next actions to take. If you run a company, then thinking about prospects and further progress is necessary. You won’t have energy for that if you don’t handle daily issues. In order to control all your tasks and manage them efficiently, a five-stage process should be implemented:

Right down below I wrote short descriptions of those stages:

It’s very important to collect all your unfinished tasks at first – everything from writing an email, to setting up a meeting with a client, to putting your desk in order. There are plenty of ways to collect them – I would recommend one of two: small, colorful chits (one chit for a task) or an Excel sheet.

By writing down all those tasks, you’ll get them out of your mind. You will be full of thoughts about those assignments unless you do it. It’s also possible that you will think about some of those things several dozen times before you’ll finally do them – it takes lots of your energy and causes stress. Getting them out of your mind brings great relief.

Our next step is the analysis. Ask yourself this one question with regard to every task – should anything be done with it?

If the answer is “no”, then you’ve got three possibilities:

The next stage (Organize) will tell us what to do with such tasks.

However, if the answer for the question is “yes” then write down the next action to take. Then do one of the following things:

In the previous stage, there were some tasks that didn’t need to be handled at that moment (but could be in the future) and tasks to be brought back in the future. Those should be put into the “available for inspection” place – it can be a physical box on the desk to put the chits into or an individual Excel sheet.

Is it worth using a calendar? Yes, but only for certain tasks – those that you have to complete on a particular day (possibly even at a particular hour).

Don’t premise that you will do 1/3 of the tasks written on the chits in the morning. You probably won’t even be able to do that and you’ll have to assign them for other days. If it goes about the calendar – write only about those tasks that need to be completed at a certain time – e.g. a meeting with a client at 13:00.

Writing down that you have to buy milk isn’t everything. You need to recall it when you are at the shop. In order to complete all the tasks, you need to look through the list regularly. After completing one task, you’ll look at the list and think about the next that you can handle. It’s worth making a daily and weekly overview of your tasks.

It can turn out that after a week some of your issues solved themselves – you should remove them in such cases. And some of them may have changed and you’ll need to update them.

This is the most difficult element when completing tasks ?. How to decide what to do and what not to do at a certain moment? Trust your intuition. If you collected, analyzed, organized and reviewed all the tasks, then your intuition will be telling you what to do next. Allow for the time and energy available, the task’s priority and the tools that you need to fulfil the tasks.

This is the first entry in which I wrote about the most common problem with completing one’s tasks and about ways to get round to carrying them out. In the next post, I will expand on the topic a little. Maybe it doesn’t seem a revolution at first, but I guarantee that if you implement those techniques, your mind will be clearer, you will be more focused on what you will be doing at the time and will eventually do more by putting less effort in it. I checked, it works ?.